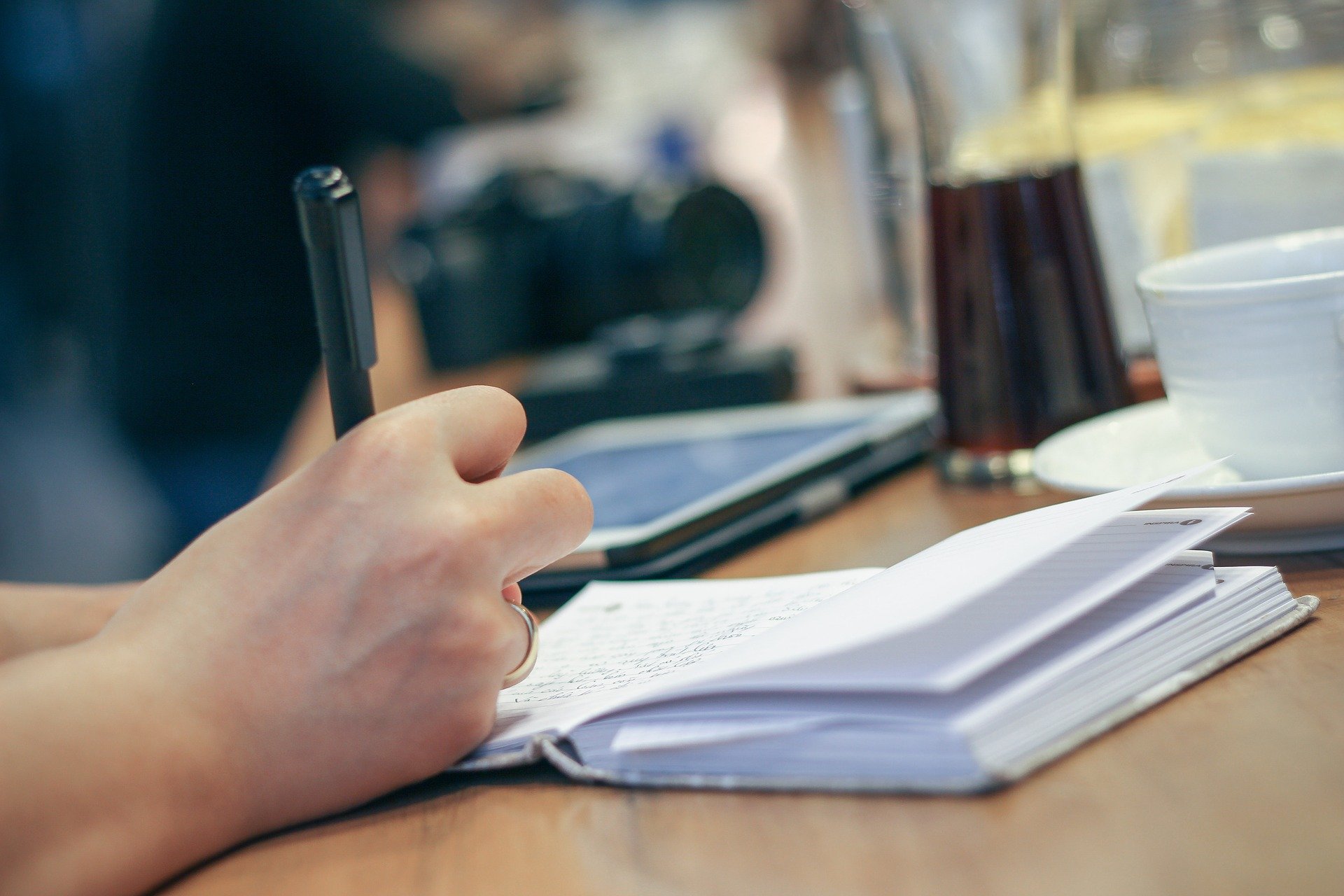 The characters in our stories embody our writing. They are our thoughts and ideas that drift, bodiless and ethereal through space and time until we anchor them with words. They weigh nothing; they have no voice. Once we’ve written the first words our story begins. Our characters begin to take form. Soon others will join the stage.  They’ll have blue eyes, wear faded jeans, smoke cigars. They may stutter or have an overbite. What they become, on the page, is up to us.

If you’re writing fiction, at some point, you’ll probably want to describe the people in your story. It’s hard for a reader to emphasize with a cookie-cutter character.

When it comes to a description, you may want to avoid something like this:

Rebecca gazed into the bathroom mirror, assessing how she looked. Her long, dark hair skimmed the top of her shoulders. Blue eyes stared back at her. She crinkled her nose, not satisfied with her light complexion and dark freckles. She was tired of wearing make-up to hide the blemishes. Maybe a new shade of lipstick, a reddish pink, would go well with her outfit. Too bad she hadn’t been blessed with cleavage. Hers was non-existent.

This might work if you want to convey a character who’s particularly self-absorbed about their appearance, but you’re taking a risk. Having the character describe their appearance is boring and often annoys the reader. Personally, as a reader, I’m not too invested on what a character looks like. I prefer the writer to give me some detail, but I find it more exciting to visualize what the character looks like. It’s distracting to be in a scene, engaged in the story, only to be halted by character description. If you’re not sure if this is you, have several beta readers give feedback on your story. http://www.jamescglass.com/beta-readers/

A good editor will bring this up as well.

This doesn’t mean you can’t have a character look at themselves in the mirror, but there needs to be a reason leading up to this. Did Rebecca get into an automobile accident? Did she get drunk the night before? Did she get into a physical altercation with her boyfriend? All of these are specific events that lead to the character describing what they see in the mirror. As a writer, you can get away with Rebecca describing herself in this manner.

Try describing one character through another character’s eyes. This can help reveal a lot about the person looking at them as well as the one who’s being observed. Be mindful not to use this as an opportunity to spoon-feed the reader. Here’s another bad example.

“My husband is a tall, middle-aged man of average build. He has green eyes, brown hair and usually wears khakis and oxford shirts.”

This description is mundane. He appears as a cardboard cutout rather than as a living, breathing character. Yes, the details are accurate, but they don’t call forth vivid images. We can barely make out this character’s form; how can we be expected to remember him? Do we want to?

When we describe a character, factual information alone is not sufficient, no matter how accurate it might be. The details must appeal to our senses. Readers want to be engaged in the story. Since most people form their first impression of someone through visual clues, it makes sense to describe our characters using visual images.

Green eyes are a beginning, but it doesn’t go far enough. A simple adjective can strengthen a detail, if the adjective also suggests a metaphor—forest green, pea green, or emerald green—the reader not only begins to make associations but also visualizes in their mind’s eye the vehicle of the metaphor—forest trees, peas, or glittering gems. The problem with intensifying an image only by adjectives is that adjectives encourage cliché.

It’s hard to think of adjective descriptors that haven’t been overused: bulging or ropy muscles, clean-cut good looks, frizzy hair. If you use an adjective to describe a physical attribute, make sure the phrase is accurate.

Strengthen physical descriptions by making details more specific. These descriptions not only bring forth images, but they also suggest the background and the personality of a character. Try to focus on their preoccupations, values, fears, and aspirations. These will enhance description without slowing down the story.

In the opening scenes of the film The Big Chill, we’re introduced to the main characters by watching them unpack the bags they’ve brought for a weekend trip to a mutual friend’s funeral. One character packed enough pills to stock a drugstore. A second packed a calculator, while the third had several packages of condoms. Before a word is spoken—even before we know anyone’s name—we catch glimpses of the characters’ lives through the objects that define them.