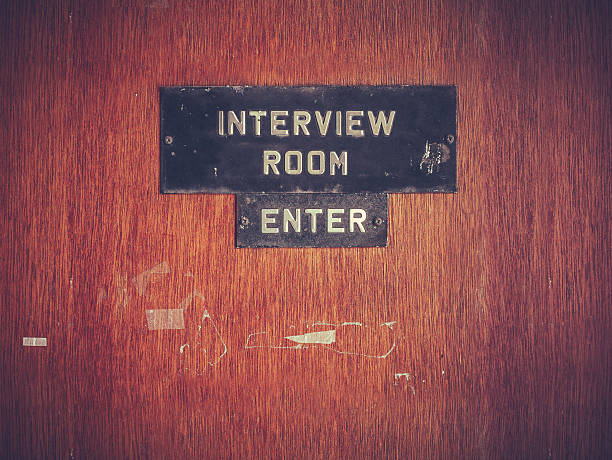 Interrogations can be difficult to write. Too many writers get this wrong. This is usually due to the fact many people have only seen interrogations performed on television or in movies. I will admit television shows and movies provide great action scenes, but many examples used by Hollywood would get a detective fired or even prison time. If the detective in your story punches the suspect or shoves their face in a toilet to elicit a confession, well, you’ll lose the respect of your readers who probably know better.

This doesn’t mean your protagonist or other characters can’t get angry with the suspect. The key is using this anger the right way. I’ll cover some of these tactics in more detail in another segment of Interrogation Techniques. Until then, let’s get started with some of the basics.

During an interrogation, detectives are trained to look for verbal and nonverbal cues. Today we will be covering verbal cues, Nonverbal cues will be discussed in part two of Interrogation Techniques. Verbal cues can be typical indicators someone is lying or being deceptive. A good detective listens to speech pitch and speech speed. Listen for increased pauses when waiting for a response to a question. Often these pauses may be followed by your suspect repeating back the question. This is because they are buying time to formulate an answer. However, any one of these are not a true indicator your suspect is lying or being deceptive. Investigators look for clusters—a combination of these patterns.

To gain an understanding of your suspect’s normal speaking patterns we need a baseline to help set the standard. Most investigators will start off by asking questions they already know the answer to. Name, age, mother or father’s name, street address, and so one. These types of questions should come natural to the suspect, providing a baseline reference for your investigator.

Once you’ve established a baseline, then it’s time for the fun to begin. Here are a few word choices liars tend to use. Umm, and, well, uh. This isn’t to say non-liars don’t use them, but if you ask a truthful person where they were last night between the hours of 10 pm. to midnight, they tend to give straight answers. “I was at my parent’s house,” or “I was watching the Cubs play,” or something similar. Someone who is being deceptive might say, “Where was I last night?” or “Umm, well, I was at … a friend’s house.” In this sample I added ellipsis because a suspect may draw the answer out.

This isn’t to say the example I’ve shared means this is your suspect. Are they lying? Possibly. Are they being deceptive? Yes. But why? This is something a writer can have fun with. Your reader might think this is the suspect only to find out later in your story the detective discovers this person turns out to be a husband asleep, but with another woman who is not his wife.

Signs of deception or lying behavior can be as simple as your suspect not using contractions i.e., can’t when being truthful and cannot when lying. Would not instead of wouldn’t. I’ve used these simple indicators in my own stories. They may seem harmless enough, but your detective knows better. Your reader may not. Do you remember when then President Bill Clinton famously told the nation, “I did not have sexual relations with that woman, Miss Lewinsky.”
This is a great example of someone who didn’t use contractions and it turned they were lying.

Sometimes during an interrogation, detectives who suspect they have the right person sitting across from them will tell a story of what they think happened. Liars tend to listen, often nodding their head. This is not a true sign of a confession, but it certainly raises suspicion. A truthful person generally won’t even listen to your story. If they do, they usually argue with you throughout, maintaining their innocence. Liars may try this tactic as well but will often let up after a while and listen to the story.

Listen to the words someone uses. A truthful person won’t shy away from harsh words such as Robbery, Arson, Molested, or Hit & Run. Someone who is lying or being deceptive will often use safer words to distance themselves or try and lesson the degree of the offense. Robbery turns into Took. Arson becomes Lit a fire. Molested is downgraded to Touched. Hit & run is Accident and left.

Another way to find out if someone is lying is by asking different variations of the question to see if the answers remain the same. A truthful person will never vary their answers because they are being truthful, whereas liars will have to work hard at maintaining the lies. Someone telling the truth will often answer the investigator’s question. They tend to be direct and spontaneous with their responses and their speech clarity and rate and pitch of the words they say are smooth. Someone who is lying or being deceptive will delay answering the questions, may have memory failure, evade answering the questions altogether or try and get the investigator off the topic. They may even threaten to report you to the media or a lawyer. This is where your story can be fun. Is this the suspect or a red herring?

Interrogations aren’t designed to elicit a confession right away. I’m not saying it doesn’t happen. I’ve elicited a confession in ten minutes, but this isn’t the norm. In general, they tend to take several hours. Sometimes over a few days. As writers, we can’t spend fifty pages or more on an interrogation. Readers would bail on you. As with anything in life, writers must learn to keep the action and lose the boring stuff. This can be tricky but keep at it. Your readers will thank you.

In the next segment on Interrogation Techniques, I’ll focus on non-verbal ques.