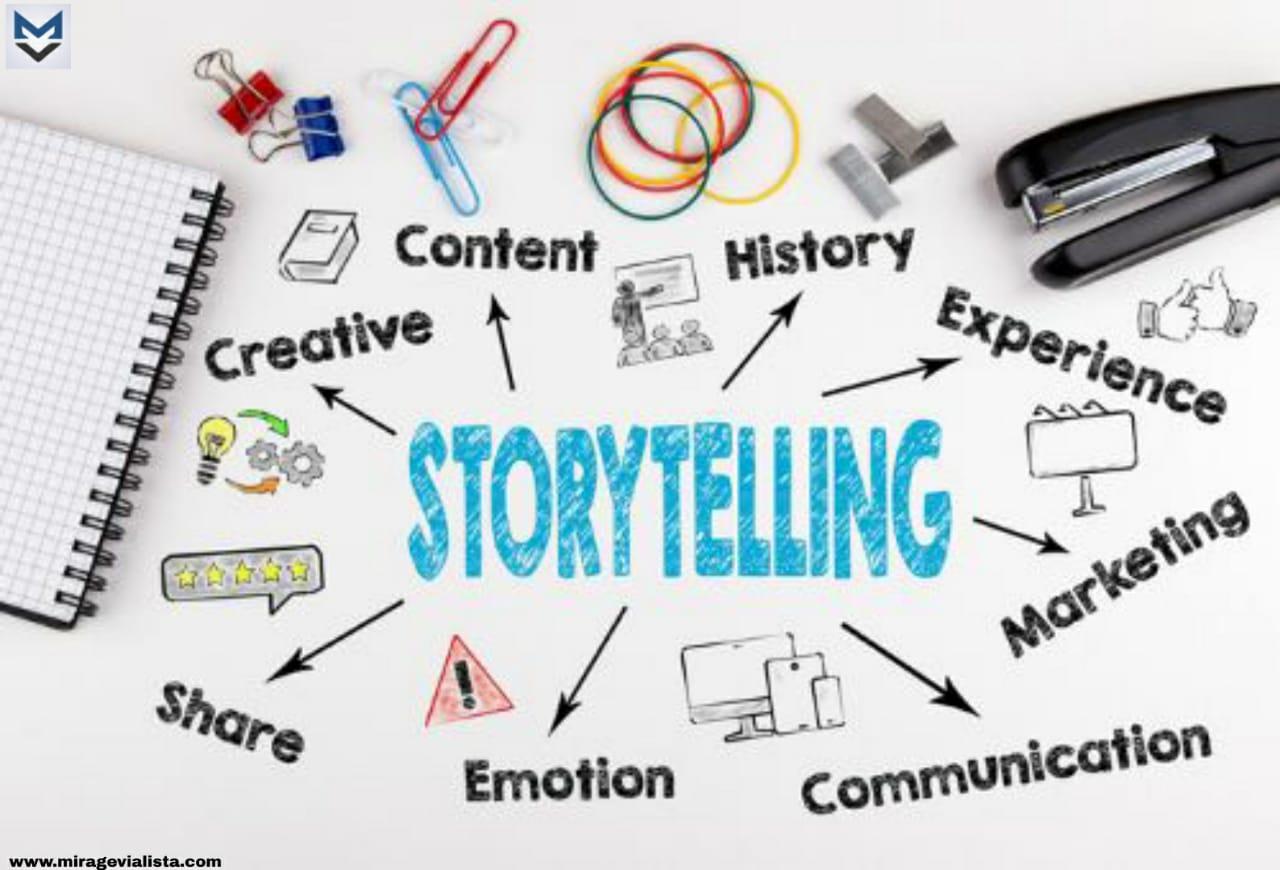 After you’ve written your first (or second or third) draft, it’s time to go through your manuscript and cut out any unneeded words cluttering it up.

Wordiness muddles your message, slows momentum, and drags an anchor through the forward movement of your story. Any of these can reduce tension, anticipation, and intrigue, all essential for keeping your readers attention.

Wordiness tends to get in the way of a free, easy, natural narrative flow and wrenches your readers out of the fictive dream, ultimately irritating them which can lead them to wonder if they’ve wasted their time reading your story.

As authors, we love writing. Often, we can be our own worst critic. Other times we overuse narrative or dialogue that slows the pace. And though this may be important to us because we love what’s been written, the reader may not share your passion. Writers tend to use crutch words or unnecessary words, but we appear oblivious. This is where beta readers or an editor can provide crucial feedback.

Below is an example of minor wordiness that disrupts the flow and slows down the pace.

Samantha, Sam for short, lay on my bed as I continued to get dressed. She belonged to my ex-husband, Michael, an EOD tech in the Marine Corps. That was my first mistake. Getting involved with a Marine who likes to blow shit up. That and he couldn’t keep his pecker in check.
After the custody battle, Michael married some chick named Fiona and I’m happily single. Okay, single. Several months ago, I did have a one-night stand with my ex-partner, Tony Francisco. He wanted more, but I couldn’t commit. Life is hard enough right now. I can’t think of one reason to bring someone else into the picture for a while. So, instead of making our partnership any more awkward, Francisco transferred back to the Miami-Dade Police Department. Guess I’m destined to be single in love and at work. At this point, Sam is all the companionship I need. That and she saved my life from a serial killer named Dexter Allen several months ago. She’s a German Shepard and my loyal and faithful best friend.
I rubbed her belly. “Who’s a good girl?”
My cell chirped. Caller ID displayed my boss, Lieutenant McVay. He’s the man in charge of Robbery/Homicide at the precinct.
“Whatcha need El-Tee?” I asked, lacing my jungle boots then tucking my BDU pants into the blousing straps.
“Rebecca, can you get out of your drill weekend? I could really use your help.”
This would be the third time I cancelled over the last several months due to him asking me to come in. We’ve been shorthanded since my partner’s departure. Death never takes a day off, but if I kept avoiding my duty to the Navy, they might decide to activate me. This seemed farfetched but not implausible.
My name is Rebecca Watson. I’m a homicide detective for the Eugene Falls Police Department. I’m also a weekend warrior in the Navy Reserves.
“What’s the emergency?”
“Have you been watching the news?”
“No. Too depressing.”
“Whatever. There was a high-speed pursuit on 10. A Dodge Viper crashed into a van. There’s at least two dead.”
That didn’t sound right. If the people in the vehicles died, Florida Highway Patrol took control of the scene.
“Why are we getting involved?”
“The van was transporting six 55-gallon drums. When the collision happened, several of the drums rolled onto the interstate. The lid on one tore open, revealing a hand. Upon further investigation, the Trooper on scene shined his flashlight and discovered the corpse of a woman.”
“That’s why you called me? We have a crime scene?”
“Yes.”
“Were there bodies in the other drums?”
“We’ll know soon enough. Crime scene is en route.”
“Anything else?”
“The man driving the van sustained numerous injuries. The doctors aren’t sure he’ll make it out of surgery.”
“Let me guess. No I.D. on our suspected killer?”
“Correct.” He paused. I heard him drumming his fingers, presumably on his desk. “So, can you work the scene?”
“Yes. I’ll cancel this drill weekend and then come in.”
Hopefully, my Commander at the Reserve Center wouldn’t give me shit … again.
Total word count is 516

Below is an edited version of the chapter above.

Samantha, Sam for short, lay on my bed as I continued to dress for my Navy Reserves weekend. She’s a four-year-old German shepherd, and my best friend.
I rubbed her belly. “Who’s a good girl?”
My cell chirped. I glanced at the caller ID. Lieutenant McVay.
“Whatcha need El-Tee?” I asked, lacing my jungle boots then tucking my BDU pants into the blousing straps. Sam leaned over the bed and gave a slobbery kiss.
“Stop that.” Her breath reeked.
“What?” McVay asked.
“Sorry. Not you.” I rubbed Sam on the belly again.
There was a short pause. Did he think someone was here? He cleared his throat. “Can you get out of your drill weekend? I could really use your help.”
My name is Rebecca Watson. When I’m not pulling weekend warrior duty in the Navy Reserves, I’m a homicide detective for the Eugene Falls Police Department.
“What’s the emergency?”
“You been watching the news?”
“No,” I said. “Too depressing.”
“There was a high-speed pursuit on I-10. A Dodge Viper crashed into a van. There’s at least two dead.”
“Were both vehicles running from the law?”
“Not sure, but you can ask when you get on scene.”
“Why are we getting involved? Florida Highway Patrol should be taking control of the scene. So why aren’t they?” Before he could answer I asked, “What is it you’re not telling me?”
“The van was transporting three 55-gallon drums. When the collision happened, one of the drums rolled onto the interstate. The lid tore open, revealing a hand. The Trooper on scene shined his flashlight inside and discovered the corpse of a woman.”
“We have a crime scene?”
“Yes,” he said.
“When did this go down?”
“Shortly after eight.”
The alarm clock on the dresser next to my bed indicated eight-forty-five.
“Were there bodies in the other two drums?”
“Don’t know. The crime scene unit is en route.”
“Anything else?”
“The man driving the van sustained numerous injuries. Life Flight airlifted him to a local hospital.”
“You said man. No I.D. on our suspected killer?”
“Correct.” He paused, drumming his fingers, presumably on his desk. “Can you get out of your drill weekend?”
This would be the third time Iʼd cancelled over the past nine months. We’ve been shorthanded in homicide ever since my partner’s departure. Death never takes a day off, but if I kept avoiding my duty to the Navy, they might decide to activate me. This seemed farfetched but not implausible.
A crack of thunder boomed so close to the house the walls shook.
“I’ll look at the evidence and get back to you. Maybe I can close this out before four p.m.”
“Why four?”
“That’s the latest I can check in for duty.”
“Okay. And if you can’t close the case out by then?”
“I’ll call the Reserve Center.”
Total word count is now 470.

By cutting back on the wordiness, I was able to remove/replace 455 words and make the chapter tighter. I not only picked up the pace and made the narrative flow more effortlessly; we’ve also written better character. The original, more stilted version seemed like the author telling us things the reader doesn’t need to be told, whereas in this final, more relaxed version, the wording keeps us firmly in the point of view and voice of this busy homicide detective.

So, look for all those “little word pile-ups” in your manuscript and see if you can smooth out the sentences by deleting extra words. The end result should be not only faster pacing and more tension but will be much closer to how that character would actually speak and think.

I hope you have found this information useful.